Guest Blog - Top 10 Things to Know about Being Sober in Belize.....


Randy is the GM at Caribbean Beach Cabanas in Placencia, and he has been a remarkable and valuable addition to the Placencia community for the last year plus! He moved to Belize full-time over a year ago and made the decision to not drink alcohol anymore before he moved here. Belize is not the easiest place in the world to be sober - that is for sure. Now that Randy has a year-plus experience with what that has entailed for him, I was really interested to hear his thoughts about life in Belize sans alcohol - it is a question we get a lot from potential guests and expats, because Belize has a bit of an anything-goes, Jimmy Buffett island party lifestyle reputation. So here are his insights, thank you so much Randy!!! 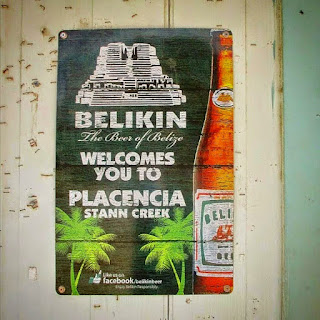 The Top 10 Things I learned about being sober in Belize...

1.) The party is much more fun when you are drinking. Who doesn’t want to feel included and able to relate? This step is normally advised for an addict later on in their recovery. Since I relocated to Central America only 3 months being sober, the risk factor of relapsing was significantly higher. For an alcoholic, being around the very core of the problem is never recommended practice.

2.) I used to think alcohol brings out people’s true colors, but it’s the opposite. When people are drinking and they lose their inhibitions, their brain is trying to regain normalcy so hard that logic and sense go by the wayside. Your brain has so much going on with the chemical imbalance, it reverts itself back to infancy to protect one of your most important organs.

3.) FOMO is a great thing to not have!!! I used to always wonder what was going on any given night of the week. Who’s out right now? Where is the party? There’s gotta be something wrong with me if I am not involved. When you are able to remove yourself from feeling like you are missing out by not being involved, life is so much more enjoyable and manageable.

4.) Selfishness is ok when it comes to protecting and maintaining your sobriety. It’s hard to say no to your friends, especially when they want you to be a part of the soiree, but there’s only so much of standing outside of the party looking in one can take, so it’s ok to say enough is enough.

5.) The morning is a great time to be alive and aware. No groggy feelings of regret from the previous night make for a much more productive day. I used to have what I called the Morning After Anger, where I was just mad at the world. Everything bad happening to me wasn’t caused by my actions, but because the Universe was unfair and unbalanced.

6.) Relationships are a lot more substantial when you are able to really get to know someone. I haven’t been in a relationship since I quit drinking, but I am excited and also nervous to see what the future may hold.

7.) There should not be any shame in owning up to the fact you are an alcoholic. We are all human and no-one is perfect. By allowing myself to disclose this information when appropriate, it is a small characteristic trait adding to the larger picture of who I am.

9.) Once you relearn how to walk, it gets easier each time. Alcohol was so prevalent in everything in my life that I couldn’t ever imagine doing anything without it. So when you strip away a primordial craving and need from your very existence, you are basically a newborn all over again.

10.) If you can be sober in Placencia, Belize, you can do it anywhere. With the lack of resources and support groups, sobriety in this amazingly charming fishing village is not easy. Most seasoned members of AA would strongly advise against any such rash decision making and that you are almost certain to fail. But with enough grit, determination and memory of how things were in the previous vodka drenched life, I am able to persevere and continue on with this adventure called life. Here’s to second chances and making it count.

There are a ton of outdoor, fun, adventurous activities available all over Belize that do NOT require alcohol and in fact would be worse with alcohol (Like snorkeling with sharks or parasailing!). There are games and social events every night of the week in the popular expat and tourist places in Belize, and while people are drinking at them, the game/trivia/karaoke/outdoor movie/horseshoes/sporting event etc does not require drinking and there is plenty to keep a sober person busy and interested!
Posted by Laura-PUR Belize at 9:00 AM