I admit I did not have the usual feeling to starting the week....no matter how much I have liked my job or looking forward to my week, there is something like clockwork that makes you feel down on Sunday nights, and blah on Monday mornings. Not here!! I have to say....it felt very light and happy!

Dave bounced out of bed, got his first delivery of wood, and got right to work. Lucky for him, (!) it was the hottest day yet with almost no breeze :) At one point he brought an electric fan outside to stand in front of. His guy ended up showing late, so I had to help by holding a hose as he mixed and shoveled concrete into the new post holes. I even got to wear my bikini and get some sun. I didn't find it to be that tiring, but what he was doing looked hard. (:)!!!) When he asked me later to water the plants, I could see that it really was hot out. It was nice to have the hose.
Here he is looking, looking warm: 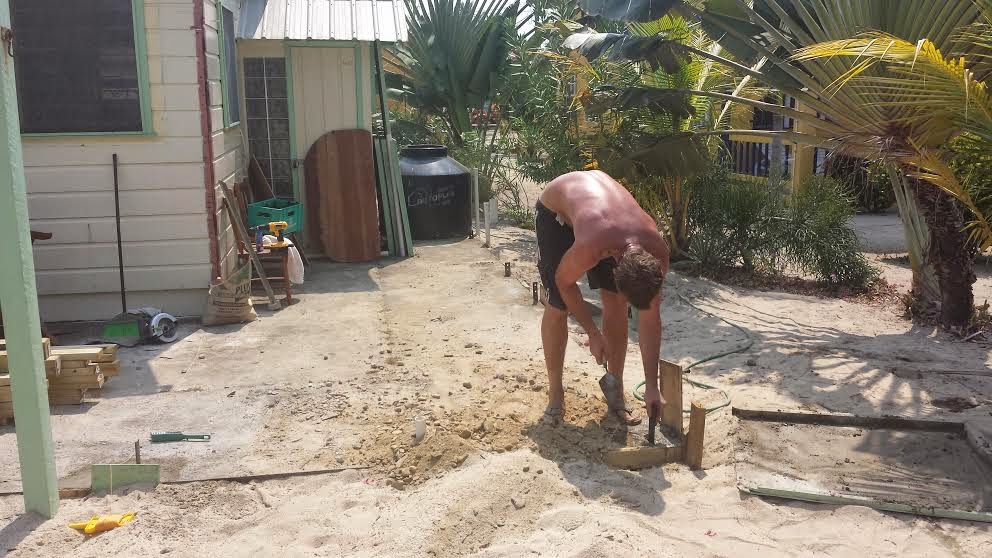 About 4 hours later Dave was on the verge of delirium so hopefully he can find some good help.  I meanwhile, exhausted myself writing posts on various Belize and Placencia groups, to find some contractors, laborers, tools, etc for Dave. I am sure he appreciated me running out to tell him about all the connections I was making on his 70th shovelful of dirt. I have never seen so much sweat! Great Job Dave! :) lol

On a positive note, the internet is pretty awesome. Within a few hours, I had a huge list of contractors, laborers, and other connections--I have a lot of respect for people who moved to other countries before this luxury, what I was able to do in a half day would have taken months of connections I would guess.

I also was able to find 3 awesome people to dog-sit Sticks....met two of them today and it was mutual love at first sight with them and Sticks. Sticks also showed signs of delirium from the heat...but he just got to sleep it off, and got ice cubes...it only looks like he shoveled concrete: 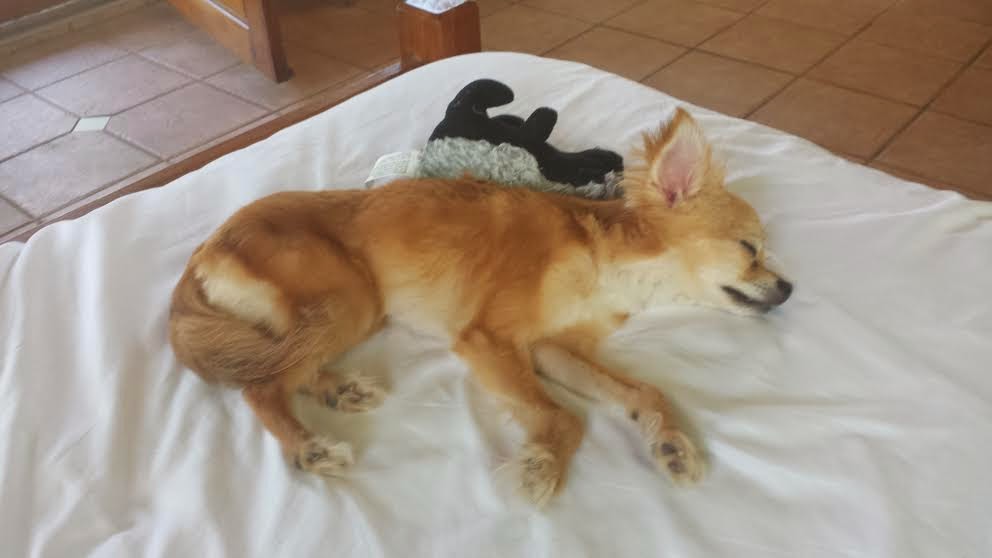 On another note, last night I heard him start crying and he had gotten his back foot caught in his long ear fur. Sad as I was to do this, I gave him a haircut, and it really looks terrible. He is part papillion (I think) and HAD the cutest long silky tail and ears.....but now he looks like a kid with a homemade haircut with the bangs too short and crooked. He is still cute but...wow. I found out there are no dog groomers here, so bad haircut is here to stay.

Thank you to our great neighbor Marsha who brought over fruit today early on, then a very thoughtful book signed by the author about living in Belize--it is so invaluable to have this kind of neighbor :) I also was excited to hear from Bebe and Sandy who will be here in June, more new neighbors!

It was so hot today that the front palm tree gave up a couple of its branches....hmmm who is going to move those? 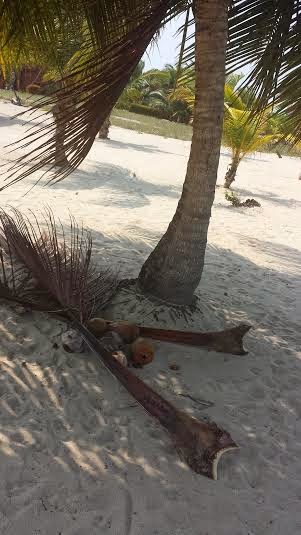 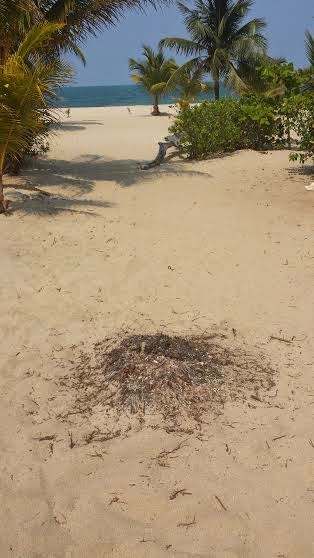 It was also so hot today that I realized....I haven't worn makeup in 2 days :) Anyone that knows me knows this is about the craziest change that could happen to me. I walk around all day with dirty feet and fingernails, no makeup....I will be unrecognizable soon!

Later tonight I had stopped into the casita, after all his hard work he was rewarded by answering all the phone calls I set up for him (you are welcome!), while simultaneously answering emails, paying for our roof back home, and texting with his manager of his building back home :)  I have a lot of energy from the day so I hope he pulls it together so we can hang out now.....lol. 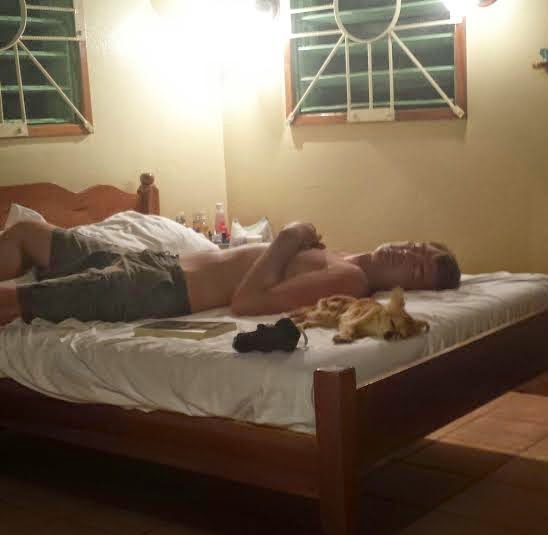